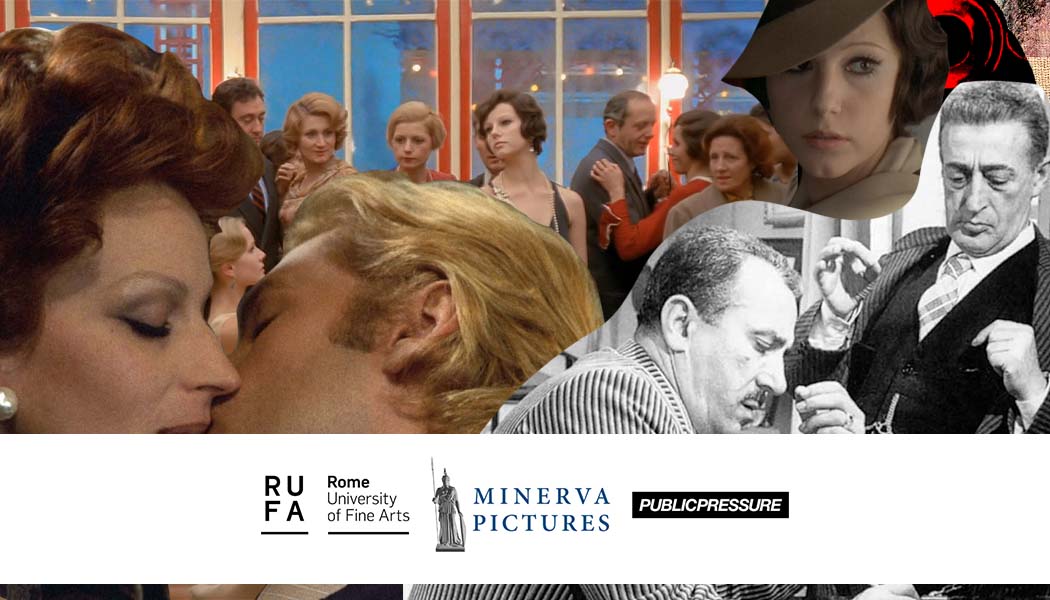 Minerva Pictures is among the first film production companies in Italy and Europe to launch NFT production projects related to the audiovisual world.

Minerva Pictures-Rarovideo officially enters the world of NFTs in partnership with Public Pressure and RUFA – Rome University of Fine Arts.

The historical independent film production and distribution company and multimedia publisher, which has a film-library of over 2,350 titles, plus an additional 2,000 managed by partners and associates, has always been at the forefront of the experimentation of creative synergies between innovation and tradition.

In recent years, Minerva Pictures has developed one of the strongest expertise in the digital exploitation of audiovisual content at European level.

It was in this direction that the idea was born to create a wide-ranging project dedicated to the exploration of digital art and, in particular, of NFTs, the non-fungible tokens that are capturing the attention of collectors, investors, creatives, large and small companies and iconic brands around the world and used, among the thousand applications imaginable, also for the creation and exchange of digital works of art.

In this perspective, Minerva Pictures has signed a partnership agreement with Public Pressure, rising star of the NFT marketplace dedicated to the recording and audiovisual industry internationally, founded by Francesca Versace, Giulia Maresca, Sergio Mottola and Alfredo Violante. Public Pressure’s mission is to support artists and brands in creating and distributing NFT to fans and collectors. The platform is built on the Polkadot ecosystem and is led by a team of record experts, including prominent, Charlie Rapino, Paul Sears and Patrick Moxey.

Minerva Pictures has also just inaugurated a partnership with RUFA – Rome University of Fine Arts, focused on three macro-activities: involvement of RUFA students for the creation of NFT taken from Minerva’s content, creation of NFT taken from pre-existing works by RUFA students with work carried out in workshops, contests, and exams; which Minerva will distribute as a collection on marketplace platforms; digital distribution of short films made by RUFA students on platforms curated or managed by Minerva.

The supervision and editorial curatorship of the various NFT projects of Minerva Pictures-Rarovideo will be entrusted to Prof. Bruno Di Marino, curator, visual arts expert, university professor and historian of the moving image.

The President of Minerva Pictures, Santo Versace, and the CEO, Gianluca Curti, are excited to announce these new prestigious collaborations thanks to which the company, together with friends of Public Pressure and RUFA, will be able to start experimenting with new ways of using, promoting and enhancing creative content, in particular audiovisual content.