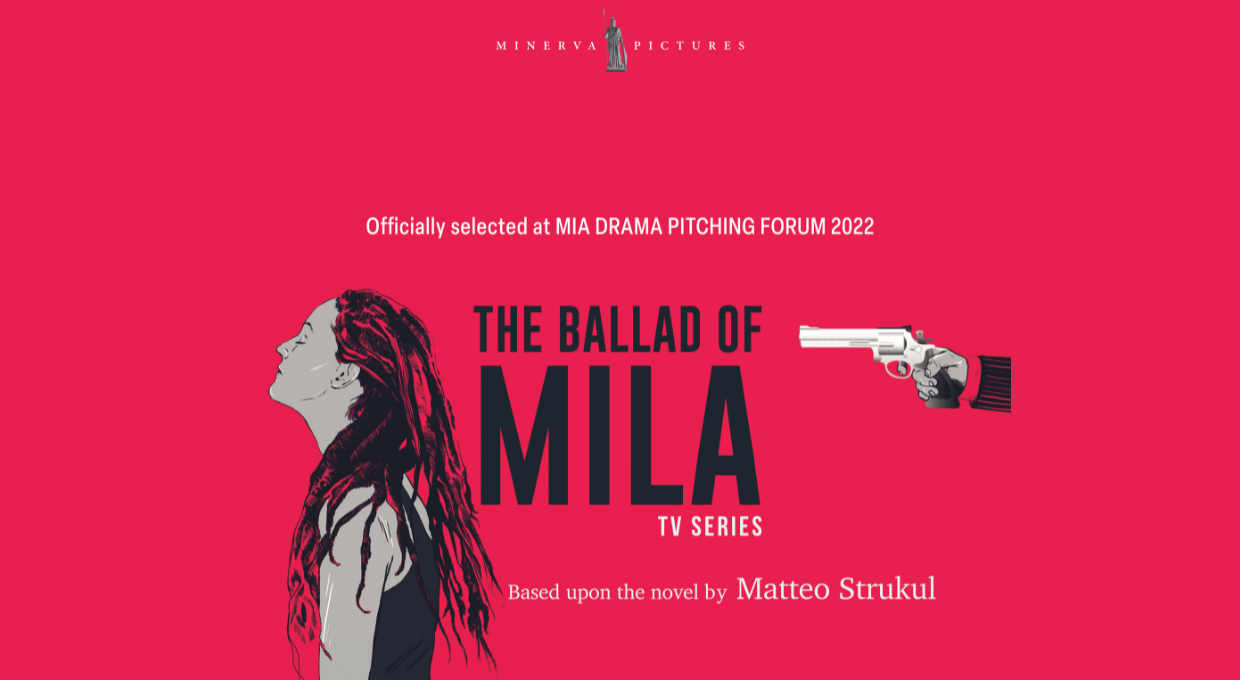 Minerva Pictures in official competition at MIA MARKET DRAMA PITCHING FORUM with “The Ballad Mila”, for the third year in a row!

Competing this year: The Ballad of Mila, a TV series in pulp colors, an adaptation of the first novel in the saga written by best-selling author Matteo Strukul.

The series, written by Massimo Vavassori, features a cold-blooded serial killer, Mila Zago, aka Red Dread. Raped by a gang of criminals who forced her to witness the massacre of her father, today Mila is a young woman ready to return to Padua to carry out her exemplary revenge.

The series is produced by Gianluca Curti and Santo Versace, and sees Cosetta Lagani as creative producer.