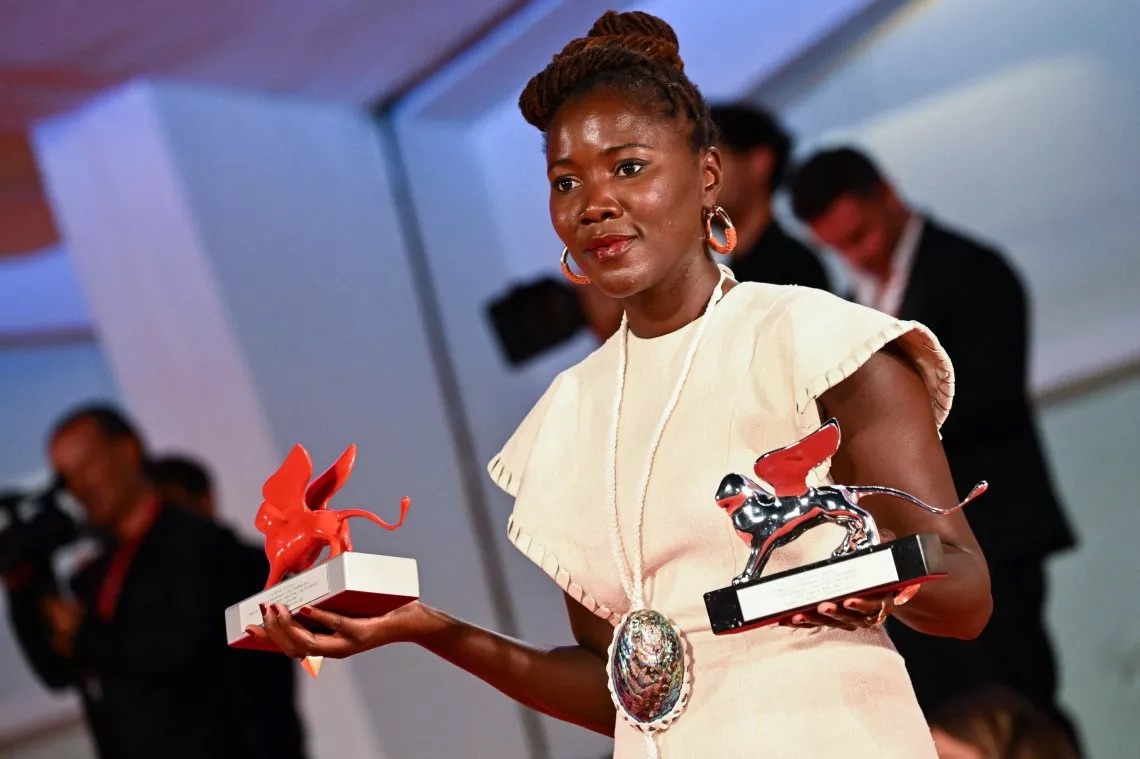 Double roar for Saint Omer during the Awards Ceremony of the 79th Venice International Film Festival. French director Alice Diop’s film, distributed by Minerva Pictures, triumphed with two of the main Awards attributed by the Festival: the Silver Lion – Grand Jury Prize and the Lion of the Future – “Luigi De Laurentiis” Award for a Debut Film. Saint Omer, with an all-female cast, addresses the delicate theme of infanticide, inspired by a news story that upset French public opinion.

Court of Saint-Omer. The young writer Rama attends the trial of Laurence Coly, a woman accused of killing her 15-month-old daughter, abandoned at high tide on a beach in northern France. But as the trial progresses, the accused’s words and the testimony of the witnesses will shake Rama’s certainties and make us question our judgment.

Gianluca Curti, CEO of Minerva Pictures, commented on the success of the film: “As a producer, I feel I have to say that this is an extraordinarily powerful film and unique for the deep meaning it gives to viewers. At the heart of Alice Diop’s lyrical narration is an important reflection on the feminine world and on the ancestral meaning of life and conception, which sees women at the center of the universe”.

The President of Minerva, Santo Versace, added: “For us at Minerva, this is an important step towards achieving other goals, the most prestigious cinema Awards. Cinema is a dream and the dream I share with my wife, Francesca, who is always by my side and is my elixir of youth, is to meet everyone in Hollywood, on the night of the Academy Awards and win the Oscar.”